This is an opinion piece written by George Tchetvertakov, a 10-year veteran in the foreign exchange space. His diverse experience includes editorial and writing roles in publications such as Finance Magnets, alongside roles in FX firms like Head of Market Research at Alpari UK and Business Development Executive at Moneycorp UK.

How over-regulation ends up being a two-edged sword

Regulation is supposed to be a means of controlling something, or at least, restricting its effects.

Typically, regulation in any industry means a set of guidelines, and/or rules, and/or objectives that participants must all follow. If they don’t, they are penalised through fines, market restrictions, withdrawing licensing or even direct court action.

Consumer regulation is supposed to be a means of protecting consumers from malpractice and sub-par quality products sold by manufacturers and retail outlets. UK law ensures that consumer’s rights are protected as much as reasonably possible and covers commonly-used items such as credit/store cards, faulty goods, poor service, contractual wrangling and rogue traders.

To enforce various regulatory rules, the UK has put in place a whole host of legislation stretching into thousands of pages. In summary, Consumer protection in the United Kingdom is affected through a multiplicity of Acts of Parliament, statutory instruments, government agencies and departments and citizens’ lobby groups and aims to ensure the market economy produces fairness and quality in goods and services people buy.

The main areas of regulating consumer affairs include:

The other factor to consider is geography.

Seeing as the UK is part of a political and economic union knows the European Union (EU), it, therefore, works within an internal market which includes other European countries. All countries have different laws and statutes governing Regulation, but via EU integration, these differences are gradually being homogenised into a single set of regulation that applies to all EU member countries.

The impact of Brexit is yet to be fully seen or felt by EU businesses and consumers, and it is highly likely that Regulation of various markets will change drastically after Brexit has had time to be completed and the UK finally leaves the EU. Follow our news section for more news regarding the latest Brexit happenings. 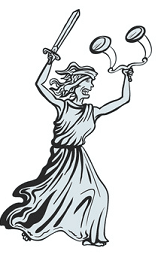 Regulation is designed to protect as many consumers as possible, without impacting the underlying market and its participants. However, many consumer rights groups, as well as business lobby groups, have expressed fears that regulation could turn into over-regulation, limiting consumers freedom of choice while undermining business.

When the federal government introduces new regulations for an industry, there are numerous potential consequences for both producers and consumers. Often, complying with regulations is costly for firms, and these higher costs may, in turn, drive up prices for consumers. Higher prices caused by regulatory growth are unlikely to affect all consumers equally. High-income and low-income households tend to have different spending patterns, and regulations may have a larger impact on one group than on another.

Several empirical studies into the effects of regulation (and over-regulation) have found that price increases caused by regulation have a disproportionately negative effect on low-income households. The poorest households tend to spend a larger proportion of their income on goods that are heavily regulated and subject to both high and volatile prices. This cost should be recognized in policymakers’ efforts to consider the costs and benefits of new and existing regulations.

Another entirely different field of consumer protection also exists in the financial services arena with respect to trading, investments and banking.

Government regulation affects the financial services industry in many ways, but the specific impact depends on the nature of the regulation. Increased regulation typically means a higher workload for people in financial services, whether international money transfers or others, because it takes time and effort to adapt business practices to ensure that the new regulations are being followed correctly.

The Sarbanes-Oxley Act is one good example of ‘financial regulation’ designed to improve outcomes for consumers. It was passed by the US Congress in 2002 in response to multiple financial scandals involving large multinationals such as Enron and WorldCom. The Act held senior management of companies accountable for the accuracy of their financial statements, while also requiring that internal controls be established at these companies to prevent future fraud and abuse. Implementing these regulations was expensive, but the act gave more protection to people investing in financial services, which can increase investor confidence and improve overall corporate investment confidence.

Despite the passing of this Act, other companies have been embroiled in similar wrongdoing as that of Enron and Worldcom — so the jury remains out on whether regulation is effective and to what extent.

Each country typically has one or more agencies dedicated to forming and implementing market regulation.

The Financial Conduct Authority (FCA) in the UK, the Securities And Exchange Commission (SEC) in the US, are just two examples of national regulatory agencies that aim to improve markets in the US and the UK. They typically regulate the securities markets and are supposed to protect investors against mismanagement and fraud.

Ideally, these types of regulations also encourage more investment and help protect the stability of financial services companies. This does not always work, as the Global Financial Crisis (GFC) demonstrated in 2007-09.  One factor that may have influenced (and hastened) the onset of the GFC, was the SEC’s decision to relax the net capital requirement for major investment banks, allowing them to carry significantly more debt than what they had in equity.

When the US housing bubble imploded in 2007, the excess debt became toxic and banks started to fail. The fact that many banks are now so interconnected globally, meant that the GFC became contagious globally, leading to huge falls in asset values around the world and investor confidence evaporating almost overnight for some market sectors and specific companies i.e. insurance, commodities and banking-related assets.

Government regulation has also been used in the past to save businesses that would otherwise not survive. The Troubled Asset Relief Program (TARP) was run by the United States Treasury and gave it the authority to inject billions of dollars into the U.S. financial system to stabilize it in the wake of the GFC. This type of government intervention is typically frowned upon in the U.S., but the extreme nature of the crisis required quick and strong action to prevent a complete financial collapse.

Too much regulation can stifle innovation and drive up costs, while too little can lead to mismanagement, corruption and collapse. This makes it difficult to determine the exact impact that government regulation will have in the financial services sector, but that impact is typically far-reaching and long-lasting.

Other types of regulation do not benefit financial services or asset management at all but are intended to protect other interests outside of the corporate world. Environmental regulations are a good example and again, it is arguable whether they are effective or not. 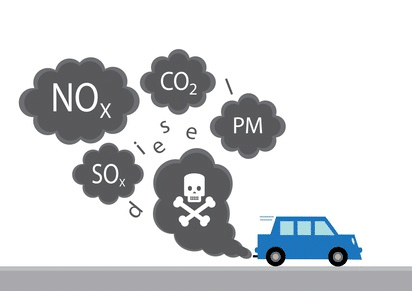 Environmental regulations such as emissions levels and quality control, often require companies to upgrade equipment and to use more expensive processes to reduce the environmental impact of their company operations. These types of regulations often have a ripple effect, causing stock market volatility and overall instability in the financial sector as the regulations take effect. Companies often try to shift their increased costs to their consumers or customers, which is another reason why environmental regulations are often controversial. The recent introduction of carbon taxes, levied on both companies and consumers have definitely raised operational costs for firms, but the positive impacts of a better environment are much harder to detect and quantify.Did You Know?

The federal regulatory code in the United States currently contains over 1 million individual regulatory restrictions. If you were insane enough to read regulations as a full-time job, it would take you over three years to read through the entire code.

This concept of “accumulation of regulation” is both undesirable — because of the swathe of unintended consequences associated with it — yet it is avoidable.

If this accumulation of regulation is harming not only economies overall but especially low-income households, surely it is time to consider ways that obsolete and ineffective regulations can be eliminated once and for all?

Since the GFC, regulators have been eager to implement sweeping legislation within consumer-focused financial products. In 2010, the Dodd-Frank “Wall Street Reform and Consumer Protection Act” established a Consumer Financial Protection Bureau to monitor and regulate mortgages, credit cards, and other similar products. In July 2013, the European Commission proposed new legislation to simplify disclosures and tighten guidance requirements for financial products.

Regulation as a method of reducing harm to consumers, and going by events in the global economy, it is sorely needed. But how regulation is formulated and applied can cause more damage than the nefarious practices it was originally supposed to stamp out. Regulations can contribute to income inequality by increasing the costs of starting a business and slowing down efficient practices as much as eliminating inefficient ones. This makes it more difficult for entrepreneurs to start their own businesses, for consumers to obtain adequate protection and for businesses to flourish.

In some ways, even the regulators need regulating.