There was this one time in South Korea that I met a very nice gentleman from Uganda. He was the first person that I had actually met from Africa and he asked me one simple question that has forever stayed in my memory. He asked, “Your life seems expensive being from America. Why is your life so expensive?”

Let’s begin with some basic statistics to illustrate the gross disparity in the world between the top 10% and those living below the poverty line. For example, the 62 richest individuals in the world have the same net worth as the poorest 3.6 billion in the world. Additionally, out of those 62 individuals, only 9 of them were women. As if those statistics are not alarming enough, consider the data below:

On a global scale, these numbers clearly demonstrate the great income divide that is present in the current global economy. Another example of this divide can be seen with the statistic pertaining to global salaries. Please see the table below:

What we see with this statistic is that there is an enormous income divide that exists between the developing world and the developed world and the question remains as to why this exists and whether it will change in the coming decades?

The answer to this question is surely not a simple one; however, it is important to note the trend since the 1980’s that the wealthy seem to be getting wealthier and the poor continue to get poorer without substantial fluctuation. Let’s take this example from India:

Essentially, the CEO in India makes roughly 416 times the amount of the average employee. Examples like this are precisely why it is very difficult for the poorest sector of the world population to get ahead and compete with the wealthy 10%. That being said, the overall global average for CEO’s is that they tend to on average experience a salary increase of 54.3% annually in more developed countries. Additionally, it is reported that only 24 women are CEO’s of the list of Fortune 500 companies. 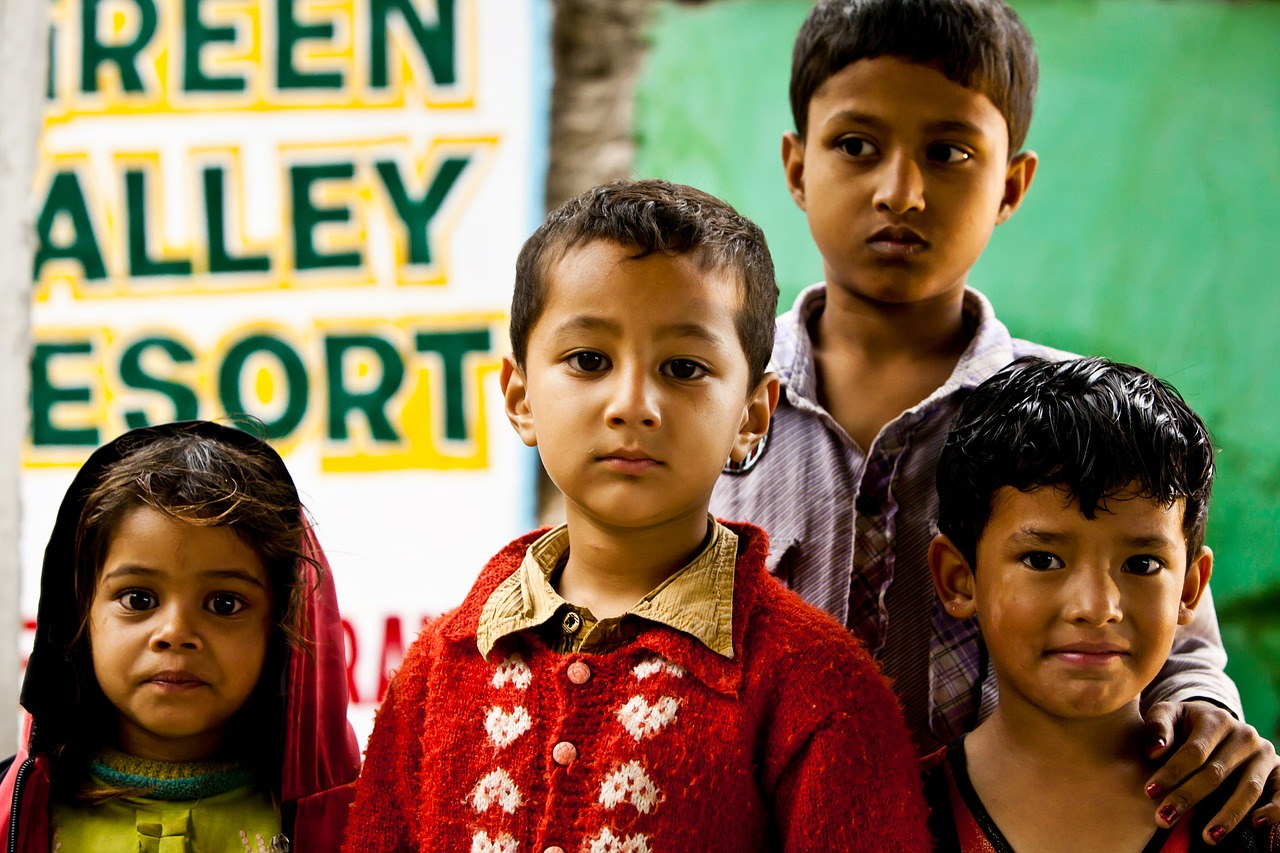 What is essentially happening in the world today is that there is a lot of money that is mismanaged in offshore accounts that if put to use, could implement positive change for the poorer sectors of the globe. Let’s take this example from Africa:

Africa is a classic example of how the poor are getting poorer and the rich are getting richer. Due to the unstable political situation in many African countries, it is no surprise that the wealthy have arranged in other non-traditional financial methods of keeping their fortunes safe. That being said the amount of tax revenue lost because of this in Africa is enough money to pay for the healthcare of 4 million children.

Furthermore, it is quoted that in 2015 alone there was 7.6 trillion USD worth of offshore money outside of their corresponding countries of origin on a global scale. It is mismanagement and unequal distribution of wealth such as this that clearly shows how a more adequate distribution of income could greatly benefit the poorest population sector of the world. Let’s take another example:

With this particular example, it is easy to see how that money is being mismanaged. Having personally worked at the Capitol in Washington D.C. myself, I can easily see that what was spent on lobbying surely did not promote the financial value that it should have! Had that money been applied to individuals needing medical attention living below the poverty line, we would see an increased earning potential of these individuals due to the cure of their medical ailments, for example.

Remittances as a fuel to inequality

Another factor that is very relevant to this argument is the concept of remittances. In many cases, developing countries of the world have citizens who receive income from their relatives who have moved to developed countries. What these individuals end up doing is sending up a portion of their salary home to their families who are barely getting by.

Even though the family member is living below the poverty line in the standard of developed countries, they are still charged heavy tariffs by Western Union because they have no other way to send their money to their families who truly need it. This is a classic example of how the poorer sector of the world does not have the money to pay for the excessive fees that are charged to them while the richer use their net worth to continue making more capital.

Things Are Changing, though.

At MoneyTransferComparison.com we cover all aspects of international money transfers, including sending remittances home. We not only inspect the global remittances data but also review companies that are repairing the inequality through better, transparent fees.

Some of the most interesting companies we have covered on their aspect include Transferwise and Currencyfair (remittances in Europe, mainly), and Azimo and World Remit (worldwide remittances including cash pickups).

We have even granted the 2015 startup award to Neema, which tries to tackle the really difficult issues and accept cash deposits in the same manner as Western Union and Moneygram. 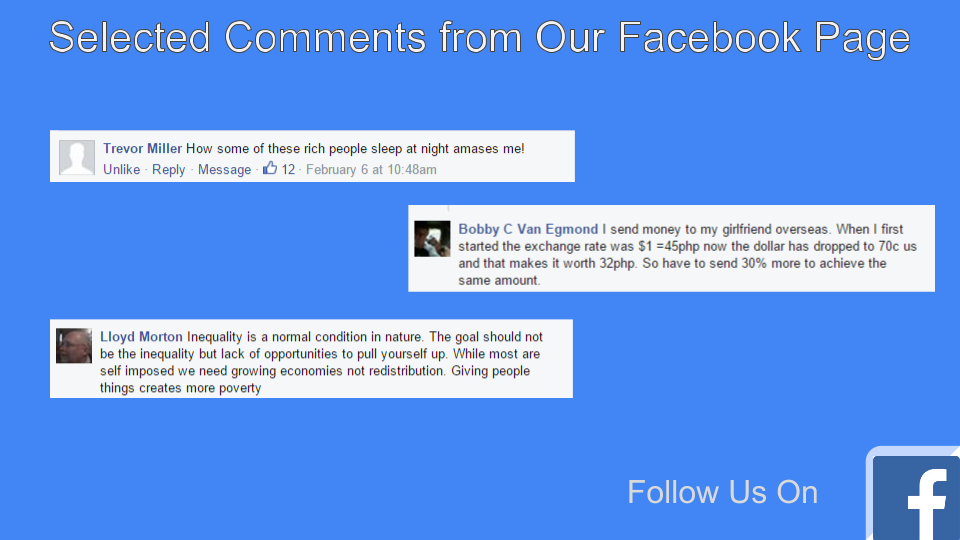 Given the data analyzed, it is apparent that for the past twenty years, we have seen the global economy continue to favor the top 10%, who keep getting wealthier. As outlined above, it is no wonder given that they are given the tools right away to advance themselves with their capital and keep getting ahead. Where the global economy is flawed is concerning the poorest 10% who find it impossible to get out of their poverty with the current global financial landscape.

In the next ten years it is unlikely that we will see much change to this operating global financial model. While many programs and initiatives have gained success in the third world through offering individuals independent loans to jump start economic growth or animals to generate revenue for a life stock business, it is highly unlikely that these efforts are going to substantially change the balance between the richest and the poorest sectors of the global economy in the foreseeable future.