Neema is our selected money transfer startup for 2015. While there plenty of companies that try to reduce to price of remittances (examples: World Remit, Remit.ly, Transferwise, Azimo and CurrencyFair), we found Neema to be the most revolutionary of the bunch. Neema is truly banking the unbanked, and helping the underprivileged.

Neema, found in June 2013, could be changing the rules of the game when it comes to remittances. We have the remittances problem topic covered in length on our website and have covered a multitude of cheap remittance providers on our dedicated guide, but none of the other startups we have covered, as well-founded, they may be, hasn’t declared it will be changing the underlying foundations of money transfers.

Other remittances startups are still using the same infrastructure like banks, but being whole sellers of foreign currency, and due to much lower overheads than banks, are able to offer better prices for the exchange and transfer of funds. They use wire payment methods, mainly SWIFT, and basically do what banks do for a lesser cost.

Neema is supposedly using bitcoin technologies to send the funds, but unlike startups like Rebittance it only uses the bitcoin technology on the backend of things, while allowing costs to be made in traditional currencies like the USD. Their biggest promise (and challenge) is to harness technology to peg the value of their transfers to the US Dollars, while actually making them over the bitcoin network. Clients should be completely aloof to that  – as long as the receiving end of the payment receives the amount that was specified, and quickly.

Update: Neema is no longer bitcoin technology on the back-end of things or otherwise. Some bitcoin remittances startups still haven’t abandoned the idea. 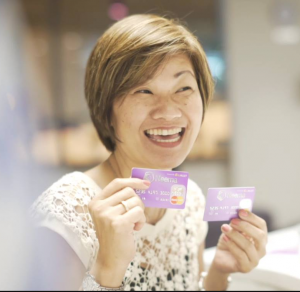 Neema is still a rather new startup but it’s already in functioning state and addressing mainly foreign works who reside in Israel. They have an office when immigrants can make cash deposits into their account, and then send it in seconds to a bank account or a cash pickup point abroad. From what we have inspected, their main target audience is people from the Philippines (in cooperation with Contact Systems) – and it’s definitely a noble cause, as this sector in the population is paying extremely high and remittances make up to 10% of the GDP.

Neema has recently won the Most Disruptive Israeli Startup Awards of 2015. It is estimated that the firm has raised anywhere between $150K and $250K as initial funding on seed rounds.

The firm has declared it is fixing on earning money through other means than money transfer fees, through the provision of additional financial services like health insurance, bank accounts, credit cards and microloans, which many say seem to match Transferwise’s vision. In either way, the foreign workers are enjoying a flat 1% fee on all transfers, which is much favourable to any other remittance services we have tested besides Transferwise and Currency Fair (which are still limited to immigrants from Europe and Australia).

How long does money transfer from Neema to Bank Of the Philippines reflect? My aunt transferred money today and still remittance does not reflect

This website uses cookies to improve your experience while you navigate through the website. Out of these, the cookies that are categorized as necessary are stored on your browser as they are essential for the working of basic functionalities of the website. We also use third-party cookies that help us analyze and understand how you use this website. These cookies will be stored in your browser only with your consent. You also have the option to opt-out of these cookies. But opting out of some of these cookies may affect your browsing experience.
Necessary Always Enabled
Necessary cookies are absolutely essential for the website to function properly. This category only includes cookies that ensures basic functionalities and security features of the website. These cookies do not store any personal information.
Non-necessary
Any cookies that may not be particularly necessary for the website to function and is used specifically to collect user personal data via analytics, ads, other embedded contents are termed as non-necessary cookies. It is mandatory to procure user consent prior to running these cookies on your website.
SAVE & ACCEPT
wpDiscuz
3
0
Would love your thoughts, please comment.x
()
x
| Reply