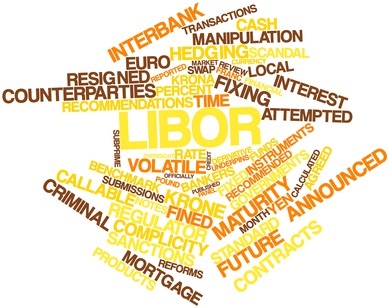 The London Interbank Offered Rate (LIBOR) plays a key role in the global currency economy and in major currency events in history. It makes sense considering the fact that it acts as the benchmark rate for a huge number of loans and derivative products. Although the rates are based on trading carried out in London, the implications are global in nature.

LIBOR acts as the effective floor for lending rates with commercial and personal borrowing rates all based on its level. The LIBOR rate will also act as a ceiling for short-term deposit rates.

By definition, Libor is the interest rate which applies to funds borrowed between the major commercial banks through the London money markets. At present, Libor rates are calculated for five currencies and seven borrowing periods.

The currencies for which Libor rates are calculated are:

The period rates are currently set for are:

The lowest interest rate is set for the overnight rate with rates increasing as the duration of the loan period lengthens given the increase in risk premiums over time. Banks are much more willing to lend to another bank on an overnight basis, given a very high probability that the funds will be repaid, but the element of risk gradually increases over time, especially when the financial sector is under serious stress.

LIBOR rates are extremely important as they set the base level of interest rates and act to set the lowest possible commercial lending rates in the inverse pyramid of rates.

Commercial banks will need to make a profit on lending and holding deposits. The level of interest rates charged on loans will, therefore, be above the LIBOR rate and the rate on short-term deposits will be below the LIBOR rate.

In global financial markets, rates on a huge number of derivative products are set with reference to LIBOR rates. These contracts include forward rate agreements, interest rate futures, Interest rate swaps and swaptions etc. Overall, over $350trn in financial products have rates which are tied to the LIBOR rate.

LIBOR rates also act as a key link between central banks and commercial banks. Institutional banks can set LIBOR rates below the benchmark rates set by the central banks for overnight rates, especially if it is expected that the bank is set lower the official rate. Nevertheless, there is an overall floor in rates and it is very unlikely that 3-month rates, for example, will be below the central bank base rate for an expected period. If, for example, the Bank of England sets the base rate as 0.50%, there will tend to be a floor in 3-month rates just above this level.

If the central bank increases base rate, there will be a direct impact in raising LIBOR rates and this will feed through into the wider economy. The Swiss National Bank also sets monetary policy directly by targeting a range for the 3-month Swiss LIBOR rate.

It is important to note that changes in central bank rates are the dominant influence on Libor rates, although there will also be an influence from the levels of confidence and fear in the global financial system and LIBOR rates can move even if official bank rates do not change. This was a notable feature during the 2008 financial crisis. 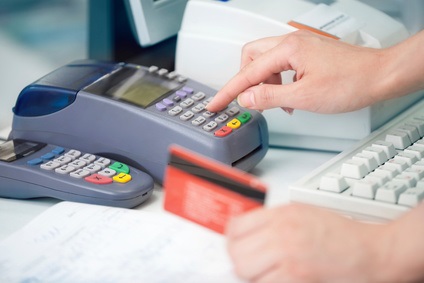 Changes in LIBOR rates also have a crucial effect at the retail level and towards business fx transactions which often involved derivatives. When commercial banks make loans, the interest rate charged to customers is based on numerous factors such as competitive pressures and individual credit-rating scores for prospective borrowers.

In effect, banks will look to determine the number of margins that need to be applied to individual loans. The overall interest rate charged will be the LIBOR rate plus the margin that is applied.

For example, if LIBOR rates are at 1.0% and a commercial bank looks to apply a 3.0% margin, there will be an overall interest rate on the consumer loan of 4.0%.

LIBOR rates also have an important impact on adjustable-rate mortgages (ARMs) and sub-prime mortgages. This is in contrast to the fixed-rate mortgages which are set by reference to bond-market yields.

Interest rates on municipal loans are also set by reference to LIBOR rates. Any public institution with substantial borrowings will, therefore, pay higher interest costs if the LIBOR rate increases and this will, therefore, also tend to reduce the number of funds available to spend on government services.

This also illustrates the impact of changing margins with the decline in LIROR rates not fully reflected in lower mortgage rates.

Following the June 2016 UK referendum, the Bank of England wanted to maintain confidence in the economy and, in August, cut base rate to 0.25% from 0.50% previously. UK 3-month LIBOR rates had already declined to 0.49% from 0.57% on expectations of a cut and the rate then fell to 0.37% following the rate cut.

The LIBOR rates are published by ICE with BBA losing the right to set rates in 2012 following the scandal. The rate is calculated by a panel of banks which are chosen by ICE. The number of banks on the panel fluctuates between a minimum of 8 and maximum of 16. These panel banks submit their rates for the day and an average is then calculated with the highest and lowest rates discarded.

The rate is also influenced by factors of trust in individual banks and the overall degree of confidence in the banking system. If there is a general sense of fear and risk aversion in markets and between banks, their quoted rates for LIBOR rate liable to be higher given some fears that the funds might not be repaid. When overall confidence is high, there will tend to be a decline in rates.

It was the calculation method for LIBOR which gave rise to the scandal with a particular focus on the financial crisis in the 2008/09 period, although evidence suggests that the practise had been going on since at least 1991. This is one of the biggest UK bank scandals of all times. It also made the LIBOR rate “devalue” in the eyes of investors since then.

There was an important risk of collusion between individual banks setting the rate. The banks had a strong interest in either setting rates too low or too high in order to ease financial strains on the bank depending on whether they had the need to borrow substantial amounts funds on a daily basis.

Individual traders at these banks would look to do favours for each other by submitting a rate that was either too low or too high with the expectation that the favour would be returned at some point in the future.

The LIBOR rates were, therefore, effectively set at the wrong level and this would have had an important impact through the lending chain. If rates were set to high, then this would tend to put upward pressure on commercial lending rates and it is also possible that loans for personal lending would be marginally higher as a result.

The overall impact on the personal sector was, however, limited given that relatively very small changes in LIBOR rates will have only a marginal impact on overall rates for consumer loans and mortgages.

There was much more important impact in areas of corporate lending and financial derivatives, especially given the number of funds borrowed through these channels. There would be a substantial impact on companies with very high borrowing needs.