With Michael Gove the latest to bite the dust in the Tory leadership election there remain just two contenders to become the next Prime Minister of the UK – Boris Johnson and Jeremy Hunt. Looking back at the final round of voting Michael Gove received 75 votes, Jeremy Hunt 77 and Boris Johnson a whopping 160. If we consider Tory MP’s to be a true representation of all 160,000 party members, the overwhelming favourite to be the next PM is Boris Johnson. 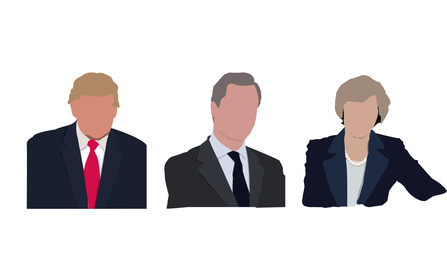 Factor in that Hunt has been described by some Tory members as “Theresa in Trousers” and Gove, the face to the Brexit Campaign alongside Farage and Boris, has policies more closely aligned to Boris, it seems even more unlikely we’ll see a surprise win for the underdog Jeremy Hunt. With that in mind, we’re shining the spotlight on that man Boris Johnson, the two likely Brexit scenarios to unfold and the ramifications this could have for the pound.

Do nothing at all

With the UK set to leave the EU on the 31st October, you might be left feeling a little bemused by the fact MPs have just voted to keep their usual Summer Recess in place for 2019. Despite the UK facing its biggest constitutional crisis in decades and warnings from Donald Tusk explaining “Please don’t waste this time” parliament will be taking a break between the 25 July to 3 September. Further reducing the amount of time to both negotiate a Brexit deal with the EU and pass it through the UK parliament. Cynics are arguing, and have a very strong case to put forward, that Boris may just do nothing on Brexit.

Remember the default position for the UK on the 31st October, Halloween, is to leave the EU with no deal. Even with a motion backed by MPs to block a no-deal Brexit Dominic Raab is convinced it doesn’t override this default position. Much larger “wrecking ball” tactics would have to be employed, such as a vote of no confidence in the PM, if the UK really wanted to change this default position. And at a time of dwindling Tory support would Tory MPs, despite threats, really be keen to support a vote of note confidence? It’s unlikely they’ll want to pit themselves against Labour in a General Election which could end with Jeremy Corbyn presiding at No.10.

With Boris’ determination to leave the EU “come what may” and by ”do or die” it might, ironically, be the act of doing nothing which achieves the Brexit outcome.

As the risk of the UK leaving on a no-deal increases so too we’ve seen the pound fall against the Euro and the dollar. In fact, after Theresa May stepped down in May the pound rate hit fresh lows for the month as it was perceived by investors this only increased the chance of a no deal. GDP growth reached 0.5% in Q1 2019 but the Bank of England has revised its forecast for Q2 from 0.2% to 0%. Forecasters have warned we should even expect negative growth. On a ‘managed no-deal’ sterling is likely to fall a few per cent and under the BoE’s ‘worst-case’ Brexit scenario, sterling could slump as much as 25% to about the same value as the U.S. dollar. Investors might be trying to “price in” the impact of a no deal on the pound but you just can’t quantify the operational impacts such as port delays and consumer response to increased tariffs on imports.

As well as declaring we must leave by “Do or die” Boris has also said he “did not believe for a moment” the UK would leave the EU without a deal. And the solution to reaching a deal is by finding a way through the issue of the Irish backstop. It’s been said countless times, the EU will not support a Brexit deal that doesn’t involve the backstop. But despite this, both Boris and Hunt believe there is still room for negotiation by replacing the backstop with technology-backed solutions. It’s not necessarily a question of whether these technologies exist because by all accounts many are in use at the moment, but the larger question – does Boris have the political clout and European support to negotiate the required changes to the existing deal. If Boris can prove a better negotiator, combined with a more resolute determination to leave the EU even without a deal, it might be enough to see the progression on the issue of the Irish border. And a new deal which includes a similar ‘implementation period’ that was involved in the agreement Theresa May negotiated to prevent the ramifications of an immediate exit on the UK and a hard Irish border.

Just as the no-deal scenario is expected to see the pound plunge we may see some upside to the pound if a deal is agreed. Although it will almost certainly not be the same upside as the potential downside in a no-deal. And a lot will depend on how favourable the new arrangement is for the UK, with Theresa May’s deal generally being regarded as a bad deal for the UK. Back in January J.P Morgan predicted a 3-5% improvement in sterling had Theresa May’s deal been approved by Parliament.