For consistency, we have included the buying price per square metre in each country’s capital city as well as the expected gross rental yield, true for 2018. Where possible we’ve also included national statistics on the median house price and the number of house sales in recent years too.

What to Expect in Global Real Estate 2019

The Australian housing market, after ten years of booming, has recently encountered quite a dramatic slowdown. For first time buyers, this is welcome news as in the eyes of many Aussies, house prices were spiralling out of control, particularly in city centres such as Sydney and Melbourne.  This is primarily due to the introduction of government initiatives, such as tighter controls around lending and higher taxes for foreign buyers. Australia, in particular, is known for its diversity, so be sure to research each region individually ahead of making any moves. Despite the median house price falling in the major cities, house prices actually surged 15.5% in 2017 in Hobart. This divergence from state-to-state will remain prominent in 2019 and buyers looking for their best return may prove better off looking into new growth areas of Australia.

The US economy isn’t expected to continue to grow at the same rate it has in the last couple of years but, comparatively to the rest of the world, it’s enjoyed strong growth over the last decade and prices of homes have increased in line with this. Although it’s important to note that whilst prices are still increasing the rate of increase has slowed significantly in the last couple of years. Demand and construction are also expected to fall in 2019. Rental yields aren’t as appealing in the capital New York as can be found in high growth states elsewhere but ownership here is very much about the value of the underlying asset more than anything else. Investors should consider researching areas such as Orlando which is enjoying huge growth in population and its labour market.

Much like our previous summary in 2016 where political risk was at an all-time high in the eurozone, the lack of development with Brexit means the same still applies now. Whilst Europe feels like it’s currently on hold at the moment things may look very different after the 31st October 2019. EU leaders are reluctant to grant the UK another extension unless there is a significant development from the UK which would justify granting one and the prospect of a no-deal outcome is becoming more and more likely. The ramifications for many of the countries we’ve listed here could be huge. 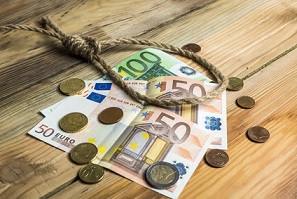 Just as our research indicated in the past, Ireland tops the rankings for rental yields by quite a significant margin. Moreover, the number of house transactions completed has risen significantly from a slump they endured a few years ago. Looking at purely the numbers Ireland looks by far the best bet for investors.

However, given the political and economic risk facing Ireland in the coming years, it will very much depend on your risk appetite and interpretation of what may unfold with Brexit. A potentially much safer option to consider is Portugal. After three years of depression, the recovery in house prices began in 2014 and ever since house prices have been booming. With the number of house transactions and house prices increasing the Portuguese market is expected to remain active in 2019 and also into 2020. Investors who entered Portugal in the last few years have seen huge returns and it just remains to be seen if this will continue for a significant period into the future.

Italian house prices fell 0.4% YoY. Not as significant a fall as the -1.2 per cent recorded in the previous year, but nonetheless still a decline. And important to note this goes against the trend happening elsewhere in Europe, where house prices are up 4.3% on average. To put into comparison, the top-performing countries such as the Netherlands and Ireland saw a 10.2% and 9.1% increase respectively. Italian house prices have been falling for the last 10 years and whilst not looking like one of the best options for investment, could prove ideal for those seeking a cheaper holiday home. 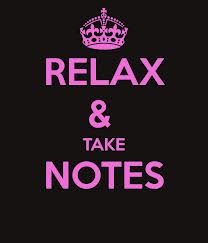 Brexit is expected to impact Ireland more than any other EU member. According to a government-commissioned report the UK currently takes around 15% of Irish exports and Brexit could have between a 2.8-7% negative impact on Irish GDP depending on the terms agreed (if any at all) for the UK’s exit from the EU.

Similarly, trade with the UK accounted for 3.1% of GDP in the dutch economy in 2017. Other than Ireland, the Netherlands and Germany currently trade with the UK more than any other nation and as a result will feel the impact most.

Even those countries where trade is not quite as significant with Britain will be impacted too. For example, the biggest overseas purchaser of Spanish property is still UK residents at 10% of international sales. Many Brits have pressed on with Spanish property purchases in earnest so they can complete transactions before Brexit and legislation potentially changing dramatically. Once Britain has left the EU, and again with no deal becoming more likely, the number of buyers from Britain is almost certainly going to reduce.

As much as we look into property yields of 2-5% per annum and home price increases of around 2% it’s absolutely vital to understand the value of these can easily be wiped out by currency market movements.

For example, if we consider an EU based buyer looking to purchase a property in the US during 2018, they could at one point throughout the year achieved a rate of 1.25 EUR/USD but contrastingly could have also achieved a rate of 1.12, depending on the date they agreed to the international currency transaction. A rate difference of over 11.5%. Without a carefully managed currency strategy, the hard-earned gains could mean nothing at all. And conversely, if the market moves in your favour incomes could be much more significant than expected. International investors should consider a currency broker that can guide them through the process such as Currencies Direct so they can look to achieve the best possible rates through various tools such as forward contracts which can be used to fix the agreed currency rate for a point in the future on large property purchases or even for fixing regular smaller amounts such as rental income.

The current strength of the US dollar is expected to continue in the coming years, meaning the purchase of USD from virtually any other currency in the world is more expensive than it was a year or two ago. Similarly, the comparative weakness of GBP at the moment could make the UK a more attractive investment for overseas buyers and whilst the London housing market has generally slowed recently the number of international buyers is increasing as they make the most of the weak pound.

Concluding words about properties around the globe

Investing in foreign property is what many of our readers on Money Transfer Comparison do. If you reside in a country with a low yield on the rental property, you may want to find an opportunity that pays much more. If you see an opportunity in terms of prices in comparison to your domestic property market, you may want to tap into it. What’s important to remember is when investing abroad, in a currency different than the one you have, currency exchange rates play a big role in your decision. When exchange rates are favourable, you will lean to towards spending abroad, and when they aren’t you will look closely at your local market. Look at the British market post-Brexit for instance where overseas investment has halted, while investments from abroad in the UK grew (in spite of somewhat gloomy outlook for the economy). It all boils down to the exchange rate!